As emphasised in our Corporate slogan “Go Beyond, Be Brave”, we firmly believe and back ourselves with an entrepreneurial spirit to be the best partner for cutting edge technology researchers and disruptive innovators who are aspiring to make world a better place with their ideas and solutions. 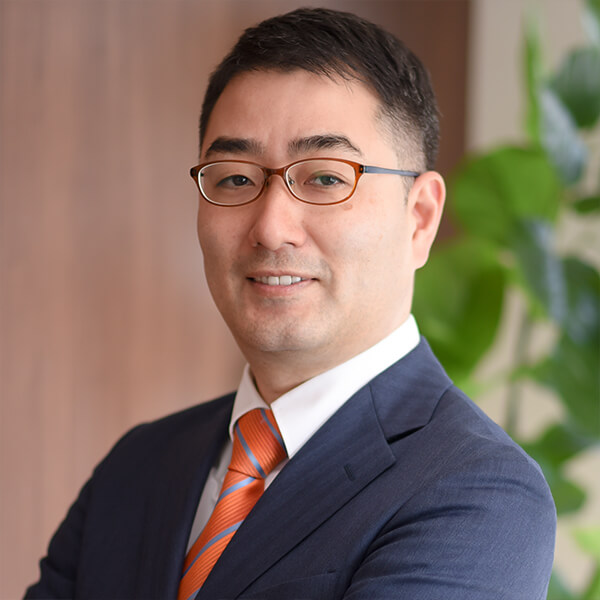 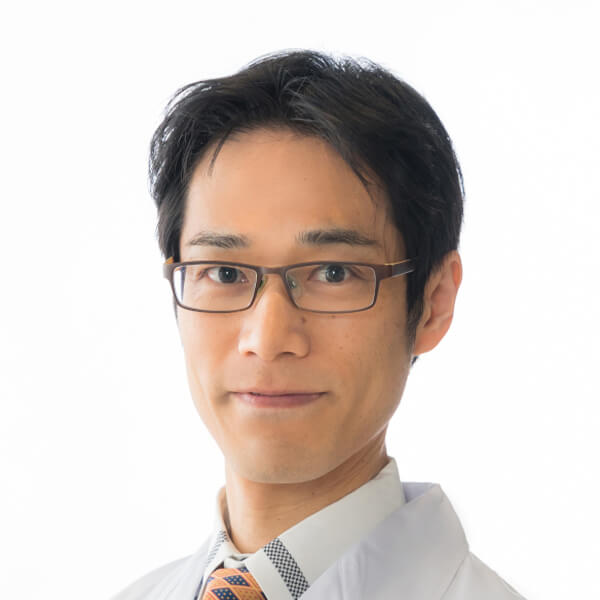 He has more than 10 years of experience in the medical device and drug development field, including four and a half years at a regulatory agency (PMDA).
He was engaged in medical affairs for the launch of existing and new drugs at a foreign-owned pharmaceutical company in Japan, and in the development of biopharmaceuticals at a U.S. subsidiary of a domestic pharmaceutical company.
He is the first MD with industry experience to join the Pharmaceuticals and Medical Devices Agency (PMDA), where he served as a medical reviewer in the field of medical devices and pharmaceuticals, and after leaving PMDA, he has been engaged in clinical development consulting in addition to running a medical practice and visiting nursing business.
He has extensive clinical experience in aesthetic dermatology, cosmetic surgery, obstetrics and gynecology, internal medicine, pediatrics, neurosurgery, and anesthesiology, as well as knowledge of both industry and regulatory agencies, pharmaceuticals and medical devices. 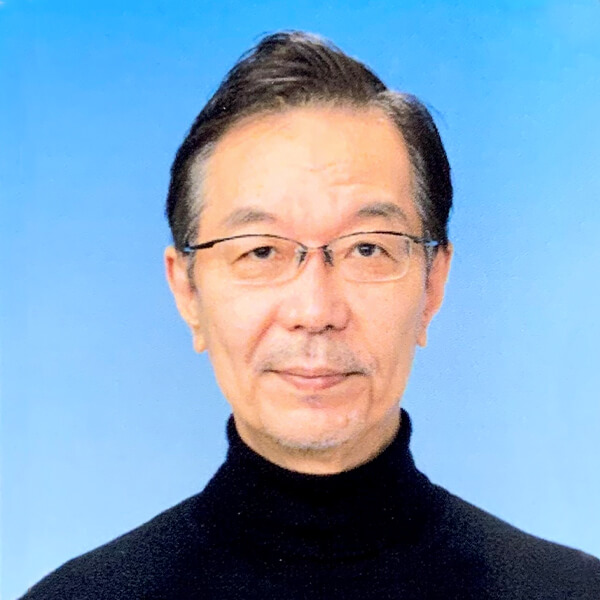 After serving as a Head of Biology in Novartis Tsukuba Research Institute（Tsukuba Lab.） and Pfizer Central Research institute （Nagoya Lab.）, co-founded RaQualia Pharma Inc as a spin-off from Pfizer in 2008, in 2015 establish AskAt Inc. as co-founder and also Medicinal Creation Advisor as a personal company. Joined Tsubota Laboratory Inc. as an external Director in 2020. Professor of Graduate School of Medicine, Chiba University. 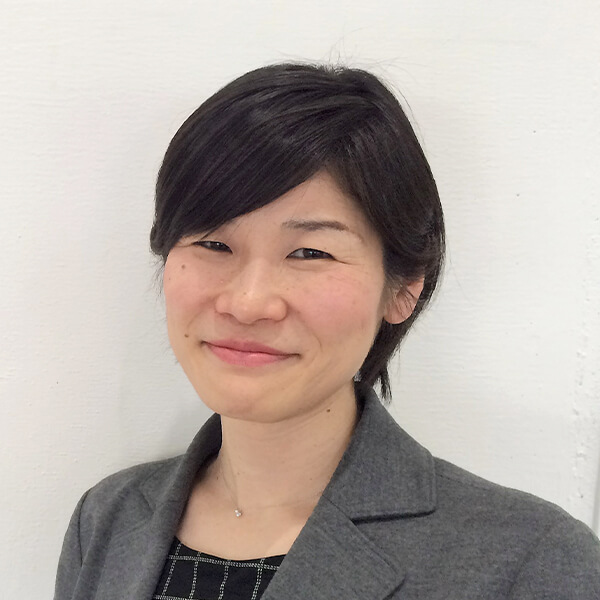 She worked at Terumo Corporation as a Research manager.
After graduating from the Graduate School of Science at a national university, she worked for 17 years in medical device development at Terumo Corporation, where she developed blood-related products, implantable medical devices for surgery, hospital products, electronic devices, and pharmaceuticals, as well as regulatory applications.
In addition, as head of the development division, she is responsible for the management of the entire development division with developing human resources. Along the way, she was seconded to the University of Tokyo Hospital for one year to conduct basic research such as cell culture with doctors and nurses and to explore needs in the medical field.
In 2015, she founded Medical Lab Partners Corporation to develop products that meet the needs of patients, and has consulted with more than 150 medical device development companies on development issues. 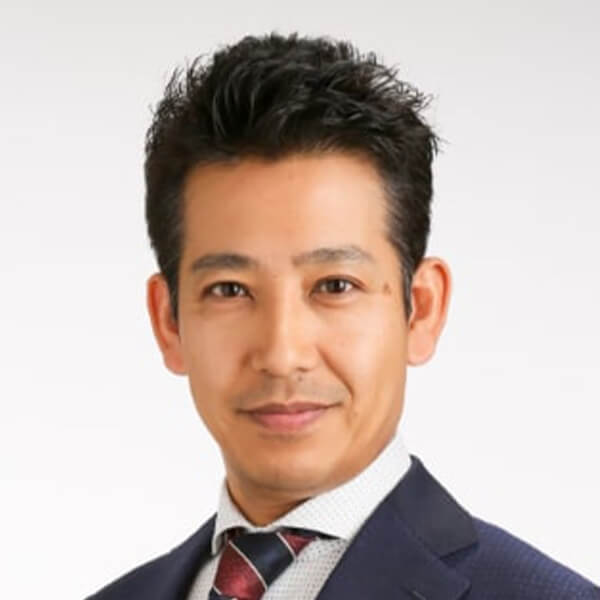 After graduating from Kyushu University with a degree in genetic resources engineering, he worked at Astellas Pharma, where he was involved in intellectual property matters, and was assigned to the U.S., where he was responsible for M&A and alliances.
In intellectual property litigation, he has won 12 victories and lost none, generating profits of more than 10 billion yen, by leveraging his outstanding pharmaceutical legal and intellectual property strategies. He has also co-founded several startups and served as a director and chief legal officer.
He has also served as a mentor for the Tokyo Metropolitan Government’s “Blockbuster TOKYO,” a program to support the development of drug discovery and medical ventures. Specially Appointed Professor of OI Strategy Organization, Tohoku University. 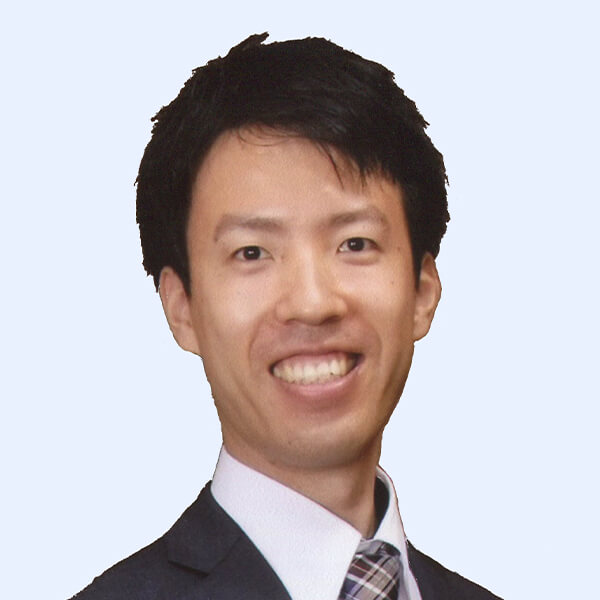 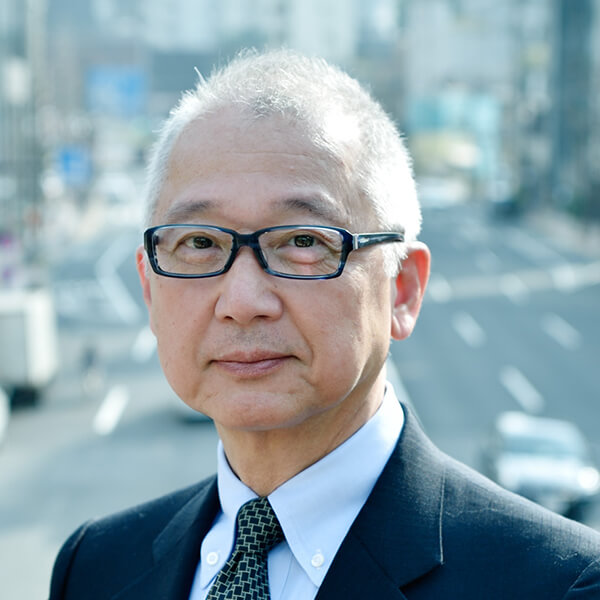 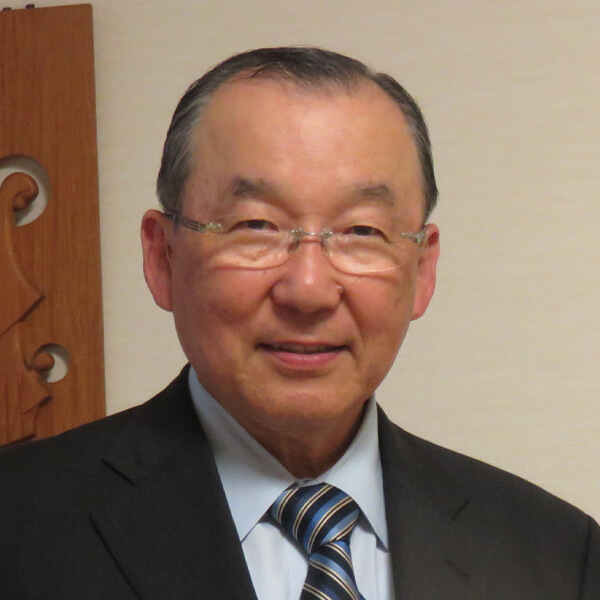 Former Executive Vice President, Kobayashi Pharmaceutical Co.
He was formerly the Executive Vice President of Kobayashi Pharmaceutical Co., Ltd. and the Representative Director of its affiliated company, Medicon Inc.
He has been involved in the management and development of medical device manufacturing & sales companies in Japan and in the United States over 40 years.
He is still supporting activities in management and developing new products in Medical market. He feels that the experience of working in the silicon valley in the 1990s is still useful and well today. 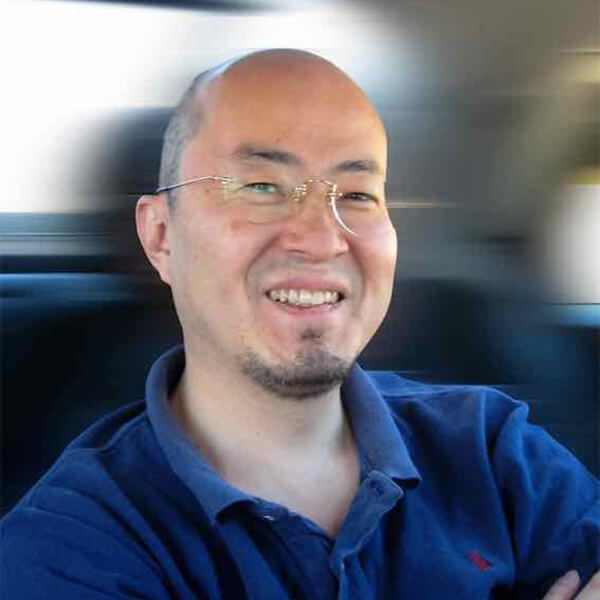 MBA from the University of Chicago.
Although he has been in the medtech field for the longest time, he has hands-on experience in the steel, wine, and software industries, in sales, organizational development, investment, and fundraising, and in foreign, domestic, large corporate, and venture businesses. 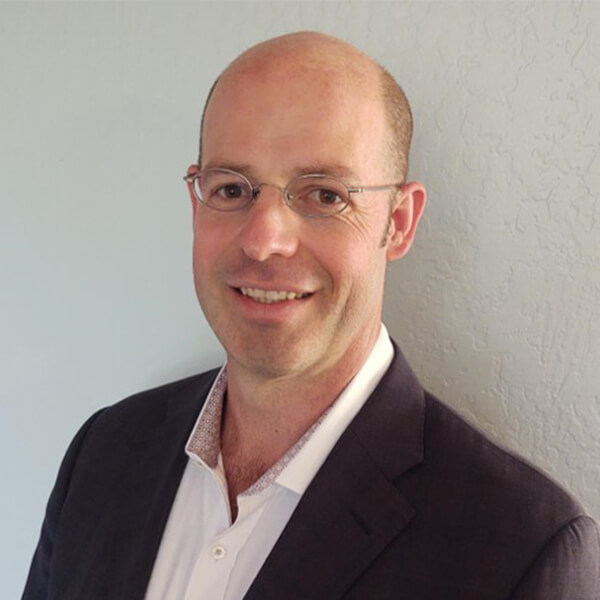 Caleb has started 6 businesses across diverse sectors including the entertainment, restaurant, drone and biotech industries. Together with six others, he cofounded G4S Capital and Ikigai Accelerator a venture capital and life science business Accelerator focused on connecting the Japanese and Silicon Valley entrepreneurial ecosystems.
His first interactions with life sciences in Japan was doing experiments at SPring-8 during his graduate studies. After leaving Stanford with his PhD, he founded Bell Biosystems, Inc. a synthetic biology company developing enabling tools for tracking and controlling cell therapies, where he served as CEO till early 2017.
Caleb received a B.S. Degree in Biochemistry and Molecular Biology from the Pennsylvania State University, a Ph.D. in Biophysical Chemistry from Stanford University and business training in Stanford Graduate School of Business’ Ignite Program. 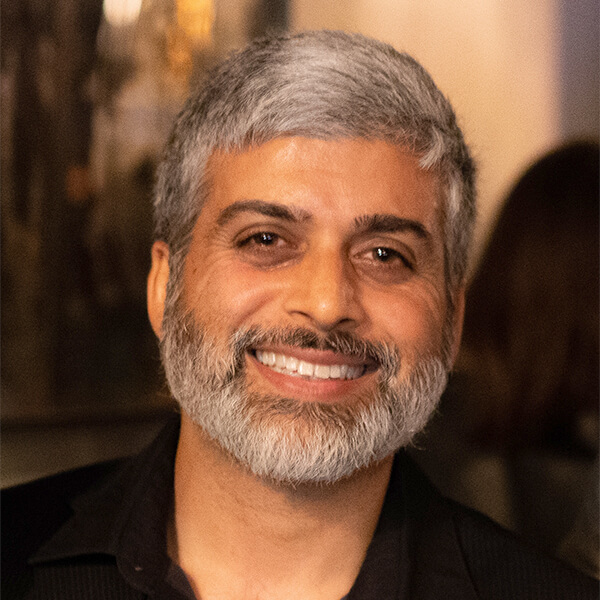 Devang Thakor is a Silicon Valley-based scientist, inventor, US patent agent, provisionally licensed lawyer, and scientific/strategic/business consultant. As the president of Anioplex LLC, he synergizes deep technical expertise with real-world business understanding and professional intellectual property insights to enable technology creation and deployment. Devang was previously a primary examiner at the USPTO, where he had signatory authority to independently grant patents and negotiate with patent applicants on behalf of the United States government. In 10 years, he granted more than 130 patents in pharmaceuticals, biotechnology, cosmetics, nutraceuticals, and medical devices. Before that, he developed nucleic acid medicine, regenerative medicine, and biomaterial technologies as a researcher at Harvard Medical School, Kyoto University, and UCLA. His research resulted in more than 20 publications and has been cited more than 660 times. Devang received his PhD and MS in Biomedical Engineering and BS in Mathematics/Applied Science and Psychobiology, all from UCLA. He also recently received his JD, with High Tech Law Certificate with Corporate Specialization and honors, from Santa Clara University. 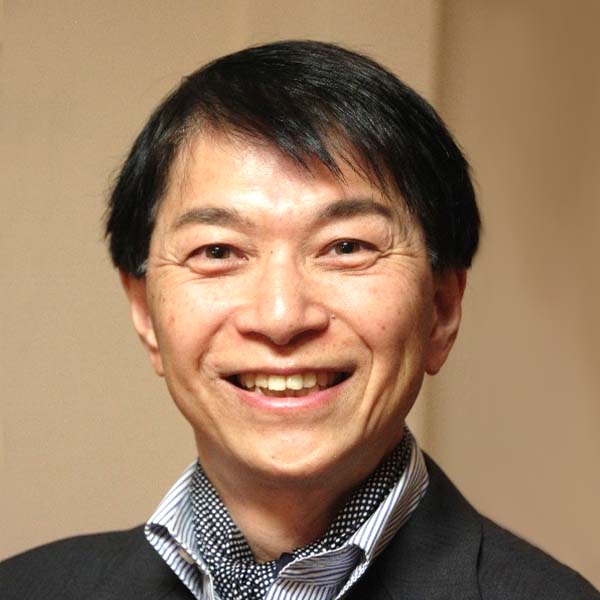 After the graduate school of pharmacy of Kyoto University, joined Mitsubishi Tanabe Pharmaceuticals and engaged in drug discovery research such as pharmacokinetics, pharmaceuticals, and DDS, as well as alliance-related work in the research planning department. Also engaged the application of Remicade, the first antibody drug in Japan. After earning PhD and MBA, joined to Takeda Pharmaceutical and engaged in the creation of new businesses, regenerative medicine, and hunting new technologies such as gene and cell therapy. In regenerative medicine, participated in T-CiRA, the joint research project between the CiRA (iPS Cell Research Institute of Kyoto University) and Takeda Pharmaceuticals. Based on these experiences and networks, trying to propose comprehensive support services from research, finding an appropriate partner to alliance management from the point of view of the practical experience of pharmaceutical company side. My hobbies are yachting and astronomical observation. 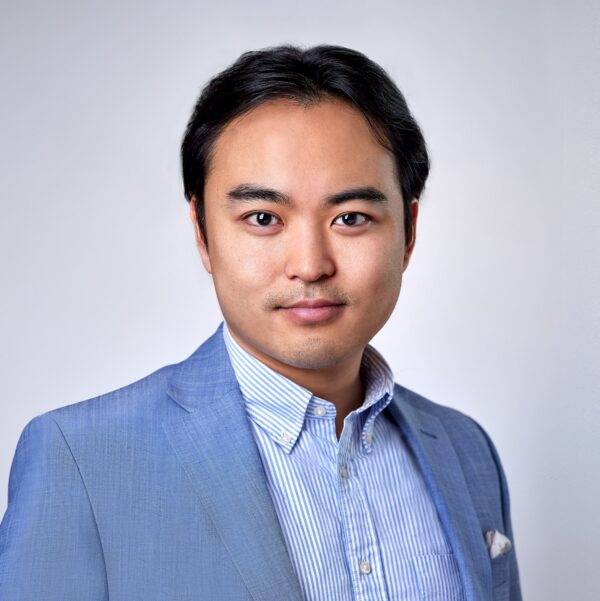 After studying materials engineering at The University of Tokyo, Masatoshi started his career at McKinsey & Company, covering the healthcare and high-tech practice. He co-founded GRA&GREEN Inc., a sustainability biotechnology company with researchers in 2017. After graduate studies at Columbia University in Electrical and Computer Engineering, he became a specially-appointed Associate Professor at Kyoto University in 2022. Based in New York, he has been responsible in the strategy of several technology startups. He has been named in Forbes Asia 30 Under 30 in 2018, and recognized in other international awards. Besides his roles, he served as special advisor and researcher to the Governors of Osaka and Tokyo in 2016, and a junior council of American Museum of Natural History from 2022.